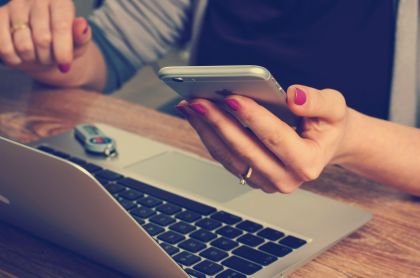 Far from being disheartened by the news that Coronavirus has led to the cancellation of numerous church services, the churches of the Diocese of York are finding new and innovative ways to get their prayers to the people.

Churches are starting to live-stream and conference call prayer sessions, post out the pew sheets and create webinars for everyone who’s stuck at home during this difficult time to continue to get involved. All of these things are done with the same message: Churches are still open!

One church that has already begun their live streaming is Holy Trinity, Micklegate in York. Pastoral assistant Mark Kingaby-Daly and the rest of the team have been hard at work, ensuring that prayers can still reach the congregation. For those with Facebook, the services are live-streamed using an iPad and some handily placed Wi-Fi, and for those without social media and limited access to the internet, a mobile phone has been set up to receive conference calls so that all can partake.

Speaking on the original announcement of the suspension of church services, Mark said: “A few of the older ones were quite upset, with all their other groups closing, church was the one thing they knew they could come to.” It was, therefore, an easy decision – and a decision taken just the day before their first live-stream on Wednesday 18th March – to try and make church as interactive as possible.

And already, the live-streaming has proved to be a success. “Normally, the Wednesday service is attended by about three to ten people, but yesterday it was fifteen to seventeen people tuning in!” Mark said. Not only that, but those tuning in came from all over; there was the parent of a member of the choir, as well as the wife of the organist who was watching from Canterbury.

Mark also commented that it was interesting to see people’s response to the live-stream. “It was interesting to see the likes and comments that were coming in. If you’re in a service with people in front of you, you might get a facial expression or a comment on a sermon, but this was a different interaction, and it’ll be quite nice to see over the coming weeks how people react and how this develops.”

The advice Mark gives to churches who are considering live-streaming and teleconferencing is simple; “Just do it! As long as you have a mobile phone and some half-decent signal, then it can be done. Just try it and see!”

Within the Diocese of York, churches from Middlesbrough, Bridlington, and Boston Spa have also already unveiled plans for streaming services, and others are likely to follow, really reiterating the point: Churches are still open!