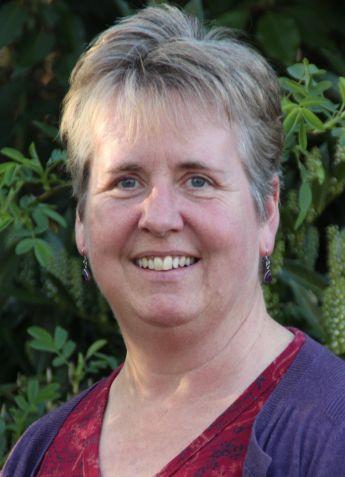 Heather Black trained and worked as a nurse in Hull and the East Riding of Yorkshire before her appointment in 1999 as Development Officer with Hull SEARCH (Social and Economic Action Resource for Churches in Hull & District), an ecumenical charity, working with churches across the city to develop community projects serving needs in their local communities.

After moving to North Ormesby, Middlesbrough, when her husband Dominic was appointed Vicar of Holy Trinity Church, Heather took up the new post of Development Officer for the Trinity Centre. She worked for six years overseeing its development to be a place of Christian hospitality and support within the local community, and a well-respected conference and training facility.

In 2012 Heather became the founding staff member of Together Middlesbrough & Cleveland (TMC), a joint venture between the Diocese of York and the Church Urban Fund, as its Development Officer. TMC has become a well-established and respected organisation, supporting churches in responding to the challenges of poverty in their local communities and working with statutory and voluntary agencies to form partnerships that deliver a wide range of projects and influence local policy and practice.

Through TMC, Heather was pivotal in bringing together a partnership of local churches, community groups and schools who together run ‘Feast of Fun,’ offering holiday activities with healthy food across Middlesbrough and Redcar & Cleveland. Starting in 2014 with six churches, in 2019 there were 36 Feast of Fun groups providing lots of fun activities, healthy food and amazing trips for 1,500 children, young people and their families across Teesside.

In 2020 Heather moved to become the first Team Leader for Mustard Seed, the Diocese of York's programme to grow disciples in places where life is tough.

In addition to her membership of the Church of England’s General Synod (and consequently of York Diocesan Synod) Heather is a Vocations Advisor in the Diocese of York, helping people to explore their vocation and calling; Chair of Middlesbrough Foodbank, founding the charity in 2012 and developing it to a large Foodbank with 2 staff and over 50 volunteers; and a Trustee of the Just Finance Foundation which has a vision to contribute to the creation of a fair and just financial system that is accessible and open to all.

In 2018 Heather was awarded the Langton Cross for Community Service by the Archbishop of Canterbury, for ‘her transforming effect on the Church’s community involvement across Middlesbrough,’ and in 2019 she received a Civic Award from Middlesbrough Council, for developing the Feast of Fun programme, supporting low income families and children during the school holidays.

Heather’s hobbies include membership of Middlesbrough Community Choir, and she loves the great outdoors enjoying walking and cycling with her family.