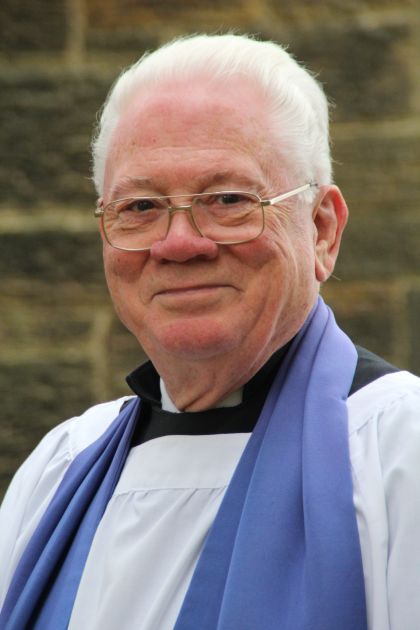 “To me, that’s ministry,” says Peter Titchmarsh, describing an incident from his time as a senior manager in Barclays Bank thirty years ago.

A distraught young employee had come to see him and shared that his he and his wife had decided they must abort the child she was expecting “because we can’t afford a baby”.

Peter said, “Thank you for telling me – whatever you decide, don’t do anything yet. Discuss it with your parents, and your wife’s parents. There may be a solution.”

The young man came back after a while to tell Peter they’d decided to keep the child.

“I remember another worker who was involved with a local evangelical church, who asked if he could set up a prayer group at our offices.

“I had no objection, and I offered my office for lunchtime meetings on the condition that I could participate when present!

“The instigator wasn’t a brilliant worker – he lacked motivation – but his supervisor reported he was a changed man once the prayer group started.”

In 2018 Peter is just fifty years into his ministry as a Reader, now based at Christ Church, Great Ayton at the foot of the Cleveland hills.

Admitted and Licensed at the age of 25 in a service at St Michael-le-Belfrey, York, led by Bishop of Selby Douglas Sargent, Peter Titchmarsh sat the General Readers’ Exams (papers in Old Testament, New Testament, Prayer Book, Doctrine and English Church History) in the study of his local Incumbent.

“I’m not an academic really,” he reflects; “I left Grammar School at 16 and joined Martin’s Bank, which was absorbed by Barclays in 1969.”

He grew up in Redcar and became a choirboy at St Peter’s church, and later a server during his teens. The Vicar asked him to think about becoming a ‘Lay Reader’; there were already five or six based at St Peter’s together with three clergy.

Peter attended weekday Evening Prayer and was given the job of leading the Office; “It was an informal initial training!”

He and Pauline met at St Peter’s and they married in 1966; their first home was in nearby Brookfield where with the Priest-in-Charge’s encouragement Peter began his ministry as a Lay Reader at St Margaret’s Church in 1968.

“Reader Ministry was pretty much what it is now,” he says, “although we’re probably allowed to do more now – especially funerals.”

You have to be sympathetic and do the right thing

The years have taken Peter to different parishes around the country: “I’ve been utilised more in some contexts than others, pastorally and practically.

“In Hartlepool I don’t recall preaching in the Parish Church at all, but I often did so in neighbouring parishes, going out into some of the mining villages in County Durham.”

Peter finds funeral ministry particularly rewarding: “It’s not just ministry to a congregation but on a personal level, at one of the most emotional times of someone’s life; you have to be sympathetic and do the right thing practically.

“I like finding out about different types of people, personalities and what people did.”

“I preach periodically – I like preaching; I always assist at our Wednesday morning service and preach sometimes.”

How does he feel about the future of authorised lay ministry?

“Outside the church it means nothing but ‘reader’ – someone who reads – it’s got to go! Why not ‘Lay Minister’ because that’s what we are!”

“Fifty years is quite a milestone – the whole thing’s been a privilege.

“I feel quite humbled; I don’t look on it as an ego trip and I never have.”