Sixteen deacons will be ordained priest by the archbishop and bishops of the Diocese of York over the weekend 11th - 12th June 2022, each woman or man in the parish where they serve as Curate.

As a priest each will be able to carry out the full range of sacraments amongst the community and congregation, including presiding at Holy Communion.

Biographies of the candidates appear below with the details of their ordination services.

The Bishop of Selby, the Rt Revd Dr John Thomson, will ordain: 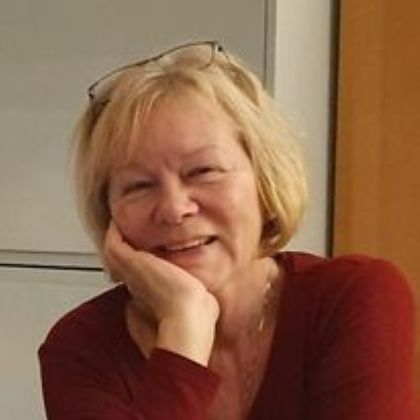 The Revd Caroline Comer-Stone is Assistant Curate at Sherburn-in-Elmet with Saxton, following a career including spells as an NHS Nurse, interior designer, curtain maker and estate agent, and latterly as assistant to the Chairman and the Council of Governors of a large NHS Trust. She and her husband Warwick both retired and moved to Yorkshire in 2015.

Caroline was born into the Roman Catholic Church and was received into the Church of England in 1997 where she found her spiritual home. On joining All Saints Church in Sherburn in Elmet the call finally emerged to ministry which she says she had been denying for many years. She has a son who lives and works in Singapore and two granddaughters.

She was appointed as Chaplain to the Selby Live Auction Market in August 2021 and continues in her village pub ministry. 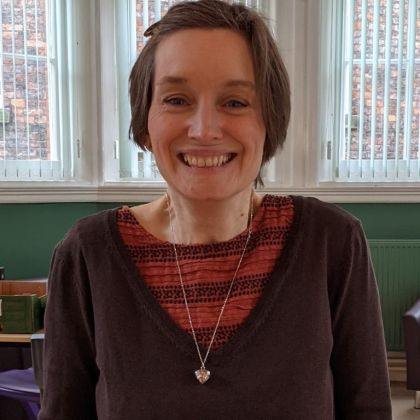 The Revd Nicky Gladstone is Assistant Curate in the York City Centre parishes having previously worked at Carecent, a breakfast centre for people experiencing homelessness and social exclusion in central York.

Nicky says she's tremendously grateful for the tireless support of her family and friends throughout her training and into her developing ministry. 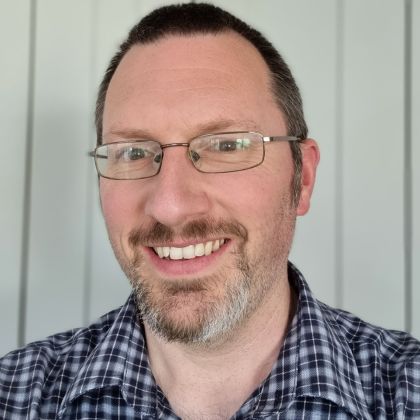 The Revd John Hoyland is Assistant Curate in the Parish of Clifton, York.

John first began to wonder though if there might be a call to ordained ministry on his life around thirty years ago. He trained at St Hild College, greatly valuing the mix of traditions and spiritualities he encountered there. John is married to Natalie; they have two children and a dog.

Prior to ordination John worked almost exclusively in the service industry; leading guided tours around York, working in a café, managing a Games Workshop store and, latterly, leading the front of house team at a Museum in York. He has been known to dabble in the world of acting. 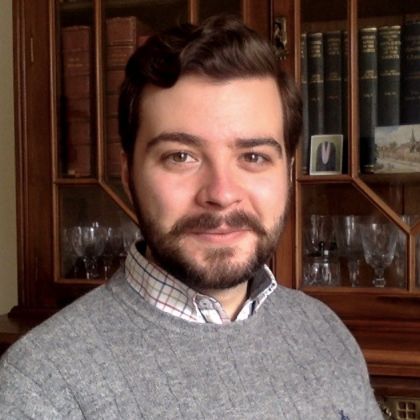 The Revd James Kenny is Assistant Curate in the parishes of Market Weighton, Goodmanham, Sancton, Londesborough, and Shiptonthorpe. He came to a personal faith as a teenager and began to sense a call to the priesthood whilst still at school.

James moved to York to study Theology at York St John University in 2014, and trained for ordination at Cranmer Hall, Durham, where he was awarded an M.A. in Theology and Ministry. 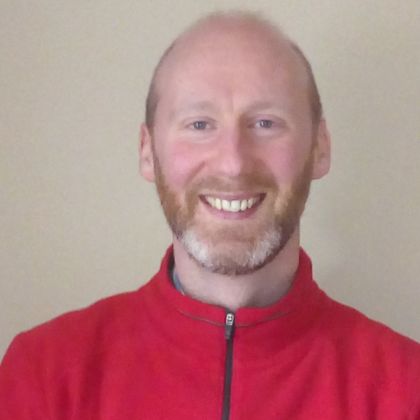 The Revd Daniel Thomas is Assistant Curate at Selby Abbey. He came to faith at university and was greatly amused that others discerned a call to ministry in his life as he continued to teach Mathematics.

Shortly before moving to York, Dan became aware that this could be the “clear sign” he kept telling others he would need from God if he was going to consider enquiring about ordination.

Dan’s move to York led to a break in teaching and the start of the journey to ordination; not only his friends but also the Church recognised a call to ministry of which Dan himself was increasingly aware. He trained contextually for two years in a local parish with St Hild College, and spent far more time on Zoom than anybody thought would be the case. 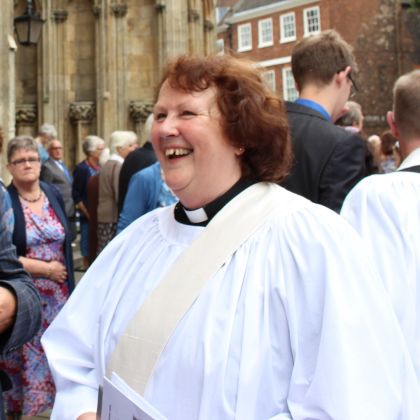 The Revd Catherine Toase is Assistant Curate in Skelton, Shipton, Newton and Linton and the Deanery of Easingwold, having worked there as a community Deacon since 2015.
She trained part time at Mirfield through YSOM and did a degree at Sheffield university in Theology, which she described as "A challenging and fulfilling time exploring with others theology, mission, and ministry."
Catherine's civic career spanned many years, first as an NHS nurse, moving to management while gaining a teaching qualification. With her husband she has four children who now live all over the world. She says that that God has been at the forefront of all she has done and been blessed with; her life experiences from growing up in Singapore, careers and family have helped toward preparing for life in ministry.

The Bishop of Whitby, the Rt Revd Paul Ferguson, will ordain: 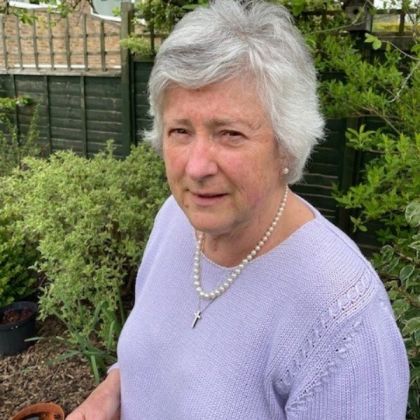 The Revd Kate Brown will be licensed, in June 2022, as Assistant Curate in her home Benefice of Yarm, with Kirklevington, Picton and Worsall, having served her first year as Assistant Curate at Cowesby, Felixkirk with Boltby, Kirkby Knowle, Leake with Over and Nether Silton and Kepwick, Osmotherley with Harlsey and Ingleby Arncliffe (near Northallerton).

Her career in Further Education in Middlesbrough focused on the long-term unemployed and the need for re-skilling after the collapse of the shipbuilding, chemical and steel industries. Kate and her husband have two children and four grandchildren.

Kate served as a Churchwarden and until June 2021, as Lay Dean of Stokesley Deanery. After four years’ training at York School of Ministry to become a Reader in 2018, she spent a further year at St Hild College, Mirfield gaining a Graduate Certificate in Theology, Ministry and Mission. 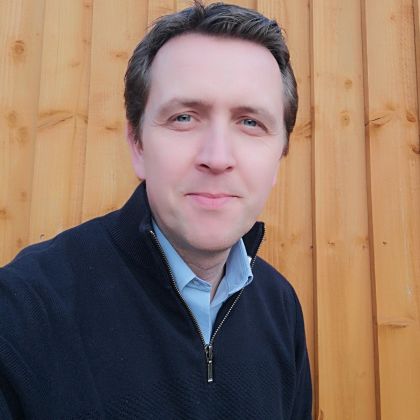 The Revd Paul Burnett is Assistant Curate in the Parish of Whitby, having begun to make sense of his faith and feeling called to service of some kind in Christ after becoming a Christian at the age of 15.

He joined the Royal Navy at 21 and soon found himself under the charge of Chaplain the Revd Mike Brotherton who was pivotal in his vocation. Paul moved to the North Yorkshire Fire and Rescue Service in 2000 and continues to work as a firefighter in Whitby during his non-stipendiary (unpaid) curacy. He trained for ordination with St Hild College. 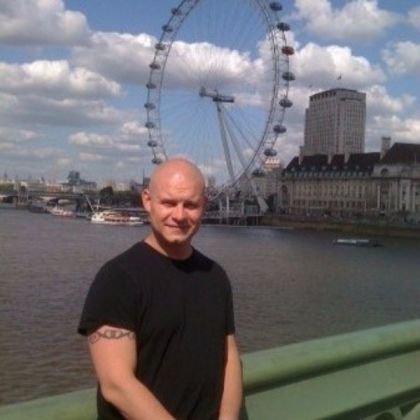 The Revd Peter King is Assistant Curate in Kirkleatham, Redcar. He committed his life to Jesus Christ at a young age but says he never imagined being called to ordained ministry.

After hitting his teen years, Peter left church and went his own ways, which he says led to a challenging time, and a period of ignoring God and any sense of call.

Peter is married to Laura with a young son named Harry. He studied at St Hild College for three years and likes cooking, running and sharing his faith journey.

Having worked in a homeless shelter Peter has enjoyed the change and challenge of ordination. 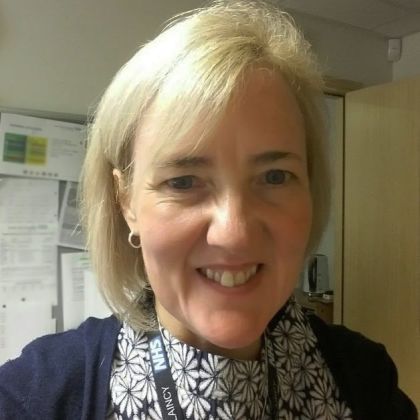 The Revd Lisa Opala is Assistant Curate at St Mary the Virgin, Nunthorpe (near Stokesley) where she was a pupil at the local secondary school.

She lives in Hutton Rudby where her husband Robert serves as a Rector of six parishes. Lisa trained part-time for ordination at Cranmer Hall in Durham whilst working in South Tees NHS Foundation Trust as a hospital chaplain. 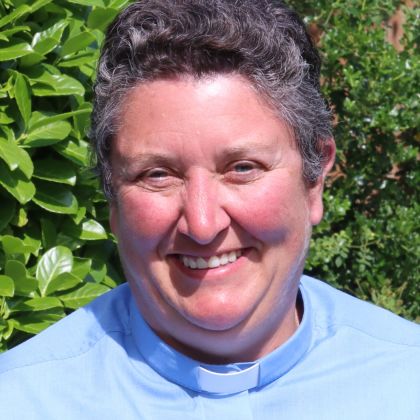 The Revd Claire Soderman is Assistant Curate in Northallerton with Kirby Sigston, and comes from a rewarding career teaching.

Claire began attending St Peter’s Church, Redcar, aged 30, accepted the invitation to follow Jesus and was nurtured there in seeking to live life in a way that honours him. Her call to ordination took shape whilst training as a Recognised Parish Assistant.

Claire trained part-time for four years with York School of Ministry and then two years full-time at Cranmer Hall, Durham.

The Revd Melanie Burnside is Assistant Curate in the Kirkdale Benefice (Nunnington, Harome, Pockley, Kirkdale and Beadlam, near Helmsley).

She worked for fifteen years alongside Ben, her husband, in a small family run company supporting the grain industry. They have three children and enjoy spending free time with them in the beautiful North Yorkshire coast and countryside.

Melanie’s faith and calling were nurtured and encouraged by the prayers and loving support of many since her childhood. More recently that’s included the “wonderful” students and staff at York School of Ministry and St Hild College, Mirfield where she studied part time for a BA in Theology, Ministry and Mission.

The Archbishop of York, the Most Revd and Rt Hon Stephen Cottrell, will ordain the following in a service in Hull Minster at 4.30pm on Saturday 11th June: 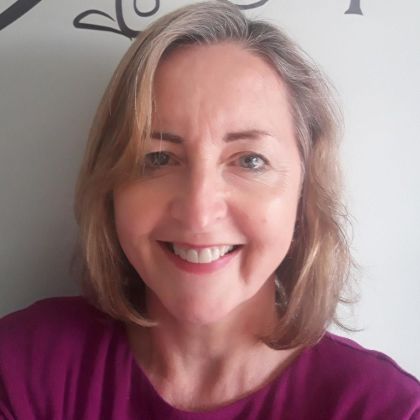 The Revd Eileen Connolly is Assistant Curate at St Andrews, Sutton Park in East Hull, working in Bransholme, Wawne, Sutton, and Kingswood. Following a Roman Catholic childhood in Bolton, in her twenties her faith deepened during many years in a Pentecostal Church.

She has worked in both banking and teaching, latterly as a deputy head at St Barnabas Church of England Primary School, York, and has twin daughters and a huge Golden Doodle dog named Noah.

She trained part-time at St Hild College, Mirfield while still working and still looks forward to all that God has in store for her and her family. 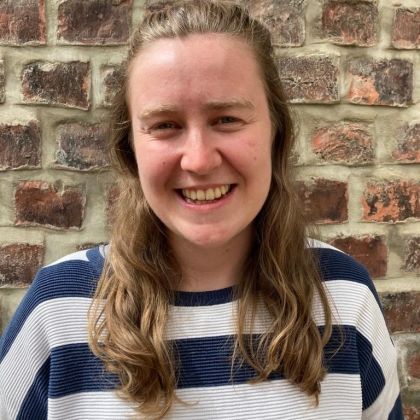 The Revd Miriam Thurlow is Assistant Curate at Bridlington Christ Church with Bessingby and Ulrome. She grew up in Bristol in a Christian family where faith was always a part of life; she first felt a calling towards Christian ministry and leadership at York University.

Miriam spent a year working for the Bible Reading Fellowship with the national ‘Messy Church’ team and had a great time meeting lots of local churches, running training sessions and writing materials amongst many other things.

She trained for ordination at Cranmer Hall and enjoyed being a part of the community and learning alongside people from all walks of life. 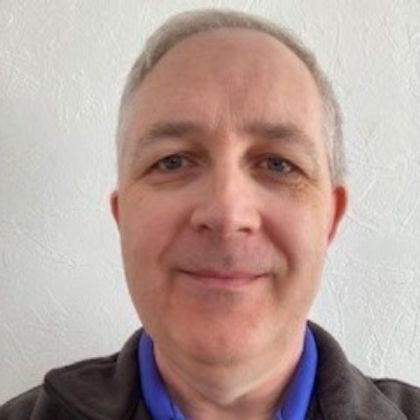 The Revd Huw Waring is Assistant Curate at Filey, and continues to work in the North Yorkshire Schools ICT service where he believes there are more opportunities to share his faith as a result of his ordination even though this won't be the main focus of his ministry.

Married to Kimberlee, Huw trained for ordination at St Hild College, describing it as a good experience, although challenging due to the Covid pandemic. 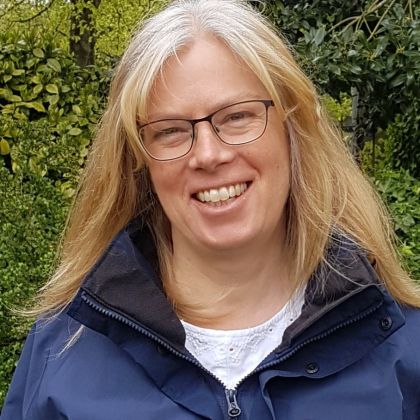 The Revd Louise White is Assistant Curate at Hull Minster, having previously worked as a nurse and midwife. She left the National Health Service to pursue a missionary call with Youth With a Mission (YWAM), where she met and married Richard; they worked with YWAM based in Merseyside for ten years until Richard began training for ordination (he is now Vicar of Newland St John, Hull).

Louise saw her calling as working alongside Richard during his curacy, and then based at Liverpool Cathedral for 12 years. She described her training at Cranmer Hall, Durham, as "A wonderful time of equipping practically," alongside developing her love for theology and the scriptures.