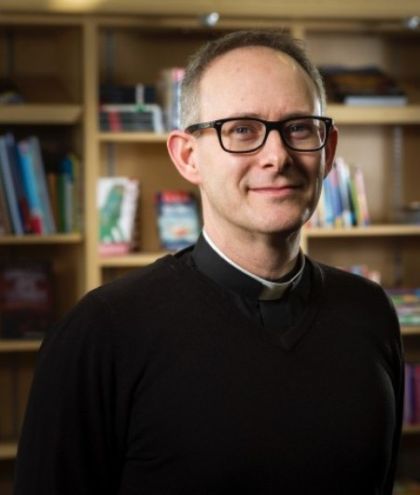 The Archbishop of York has appointed the Revd Clay Roundtree as the Acting Archdeacon of Cleveland.

Clay will begin his role with effect from 9 October 2019 and will continue to serve as Vicar at St Francis of Assisi, Ingleby Barwick.

The Archbishop of York, Dr John Sentamu said: “I am delighted that Clay has accepted this invitation to serve as the acting Archdeacon of Cleveland. He is thoroughly grounded in parish ministry and understands the joys and challenges of building the Kingdom of God. He will serve the Archdeaconry well in this interim period.”

The Revd Clay Roundtree said, “I look forward to working alongside Area Deans and Lay Chairs across the Archdeaconry of Cleveland and expect to learn a great deal from diocesan colleagues who support parishes and deaneries in their mission and ministry.”

The Bishop of Whitby, the Rt Revd Paul Ferguson, added: “Clay brings a variety of gifts — many people will know his writing on spirituality and prayer — and he has led the parish community of St Francis, Ingleby Barwick, during a time of change and development. I look forward to working with him over the coming months, and invite everyone to hold him and his family in prayer as he takes on these extra responsibilities.”

About the Revd Clay Roundtree

James Clabern Roundtree has been Vicar of St Francis of Assisi, Ingleby Barwick, since 2007; he is the second incumbent of the church centre completed in 2004 to serve the large newly-built estate in Stockton-on-Tees. Following his ordination in 2003 he served as Assistant Curate in nearby Yarm until 2007. Clay holds a Bachelor of Fine Arts degree from Oklahoma University (1998) and a Master's from the University of York (2000) and trained for ordination at St Stephen's House, Oxford, gaining a BA in Theology. He is also Chaplain of All Saints Church of England Academy and Chair of Governors for St Francis Church of England Primary.