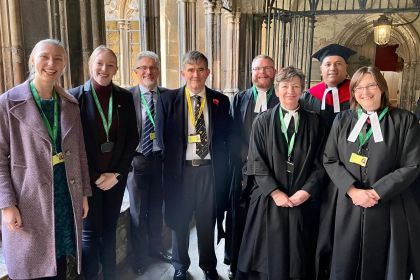 The Diocese of York's newly-elected members of General Synod went to London recently for the Inauguration and the first group of sessions.

The five-year term for this General Synod began with an Inauguration service at Westminster Abbey, including an address by Prince Edward on behalf of Her Majesty the Queen. As part of the Group of Sessions, the Synod also received the Presidential address delivered by the Archbishops, which can be read here. The York contingent enjoyed being part of this service very much, seen in the picture here. 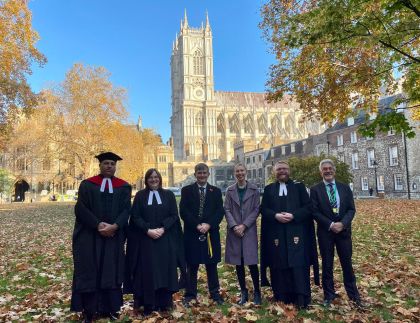 With 60% of General Synod being new members this term, it was useful to observe a mock debate ahead of participating in formal agenda items. After having been inducted, agenda items for this meeting included debates on generosity and diocesan finances, vision and strategy, and a motion on the wealth gap between rich and poor - calling on the Government and all political parties to work towards reducing the wealth gap and tackle poverty as a priority.

A full report of this group of sessions will be given at Diocesan Synod on Saturday 27th November.

The next group of sessions for General Synod takes place in February 2022 in London.