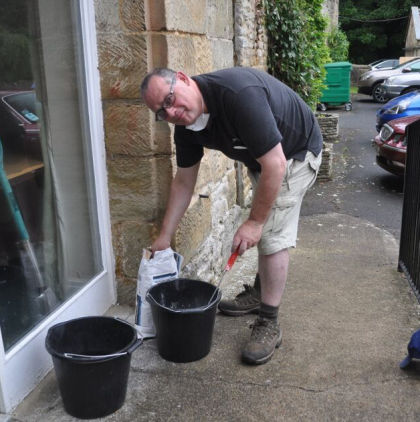 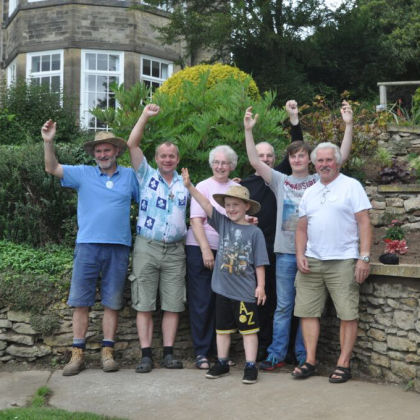 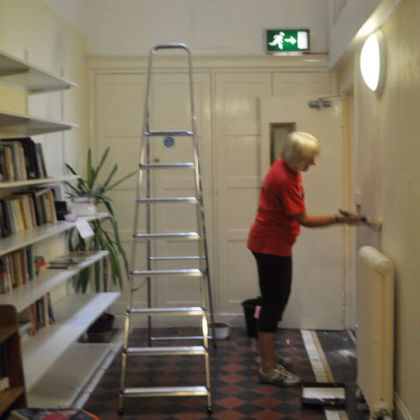 What do you do if you have a spare few days in the middle of August? Well of course you come to Wydale Hall and help to maintain the Diocesan Retreat and Conference Centre! Well at least that’s what 55 brave souls did from 12-16 August.

Volunteers raged in age from 4 to late 70s. Some had never been to Wydale before and some had been coming since the late 1950s. All shared one thing in common – a willingness to serve and to be part of the community at Wydale and to work at bringing back to life some of the areas of the hall which have been looking a bit sad of late.

Each day started with Morning Prayer at 0830 which most people came to (getting increasingly bleary eyed as the week progressed). Then after breakfast (Chef Robert’s porridge was, as ever, a great favourite) we spent time worshiping together before working from 10am to 1pm. The afternoons were free and in the evenings the Wydale bar was open and we had a series of fun nights – a quiz, the mandatory viewing of ‘Bake-Off’, a film showing (‘Paddington’ which we all loved) and we had a night of worship, celebration and prayer ministry led by the Revd Ben Doolan from York. We had prayer stations in the small chapel all week.

The work consisted of hundreds (literally) of jobs: painting, cleaning, varnishing, sorting, weeding, tree chopping, sweeping, brass cleaning, IT work, administration and more. Highlights included the total sweeping of the tennis court (and re-staining all the wood around it), the creation of a new garden which involved very skilled building work and dry stone walling and the sorting out of the basement including the ritual late-night burning by the General Manager of 30 years of accounts (after checking with the Finance Manager of course!) There's more photos here.

We have been totally amazed and humbled by what happened at Retreat and Repair. From the outset we had been keen to catch up on maintenance and to utilise the enormous voluntary skillset which is to be found in churches across the Diocese (and beyond) but we had no idea that we would get so much done! But beyond the practical work we have built community. Wydale is striving to be A Prayerful Community Renewing the Church’s Mission and Retreat and Repair has provided tangible evidence that this is beginning to happen. The community at Wydale is growing!

Some comments received after the week:

We hope to run Retreat and Repair again in 2016 and are always happy to welcome individual volunteers for days or weekends at any time. If you would like to be involved do contact us – 01723 859270, admin@wydale.org