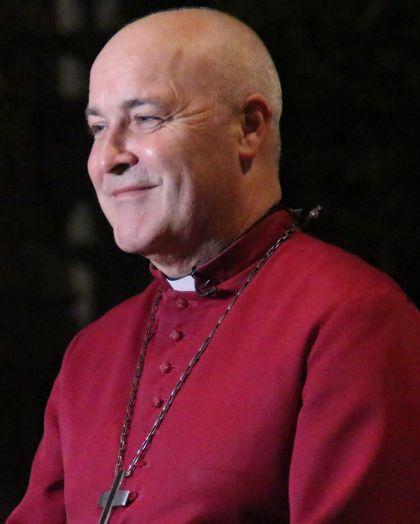 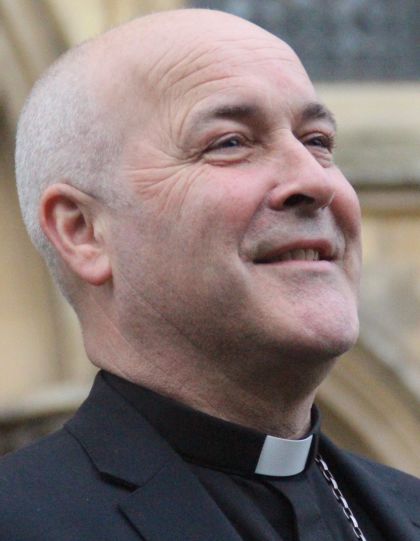 Bishop Stephen Geoffrey Cottrell will today take up the historic Braganza Crozier – his staff of office – in a short ceremony at York Minster, following the legal Confirmation of his Election as the 98th Archbishop of York.

The Confirmation of Election marks the moment at which Stephen becomes Archbishop of York, and will include music from York Minster Choir and Manor Church of England Academy, York. In the video that follows the service, young people from across the north of England will read a letter written by the mediaeval religious scholar Alcuin of York. Stephen will offer his first address as Archbishop of York. Prayers will be offered for the new Archbishop, the Diocese of York and the Northern Province of the Church of England, as well as for the wider world in these difficult times.

Following the service, the new Archbishop will make a short walk of pilgrimage through the streets of York to the shrine of St Margaret Clitherow. Here, he will be welcomed by the Rt Revd Terence Drainey, Roman Catholic Bishop of Middlesbrough. After a few moments of prayer, Archbishop Stephen will return to the Crypt of York Minster where he will pray at the tomb of St William of York.

The Archbishop will move to the Quire of York Minster where he will take up his Crozier in front of a small, socially distanced gathering drawn from his immediate staff representing the Archbishop’s Diocesan Leadership Team, Bishopthorpe Palace and York Minster.

The Rt Revd Dr Jonathan Frost, Dean of York said, “At a service of Enthronement, it is customary for a new bishop or Archbishop to knock three times on the West Door with his or her Crozier to request admission. The pandemic has meant that we have to defer Archbishop Elect Stephen’s Enthronement service for a while. So the ceremony today is a simplified and low-key beginning to his ministry.

“Once Archbishop Elect Stephen has picked up his Crozier from the High Altar he will move through the Minster to its West End. Here he will knock three times on the inside of the West Door which will then be opened to the world. This reversal of the usual symbolism is intended to signify the openness of the Church to the world and reflects Archbishop Elect Stephen’s desire to share the good news of Jesus Christ with the communities it serves.”

Stephen said, “The Church is the body of Christ. As such we are being formed in his likeness to be sent out into the world to bring hope, healing and wholeness. I like the symbolism of opening up the doors of the church as we go out and see and be where God is already at work.

“As I take up the role of Archbishop of York, my focus will be on prayer, and I want to begin by praying for the unity of the Church, for all those persecuted, and for the Northern Province of the Church of England. May we be united as the body of Christ, of one mind and purpose to see God’s Kingdom here on Earth.”

The Archbishop of Canterbury, Justin Welby said, “I am so excited about working with Archbishop Stephen to communicate the good news of Jesus Christ. The next few years are going to be a huge adventure. We will be exploring our way into being a new Church in a new world.

“I’m sad we’re not able to all be together in York Minster to celebrate, yet. But we know that God is present to us at all times through the Holy Spirit. I’ll be praying for Archbishop Stephen as he officially begins his new ministry and as we begin that new adventure.”

The Dean of York added: “We look forward to being able to gather more fully to celebrate the beginning of Archbishop Elect Stephen’s ministry in due course. For now, we are happy to welcome Stephen and his family in great love and we pray for him as he prepares for the challenges and the joys that his office will bring.”