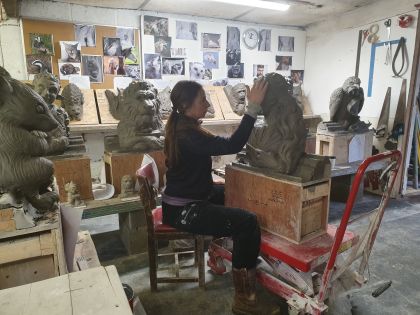 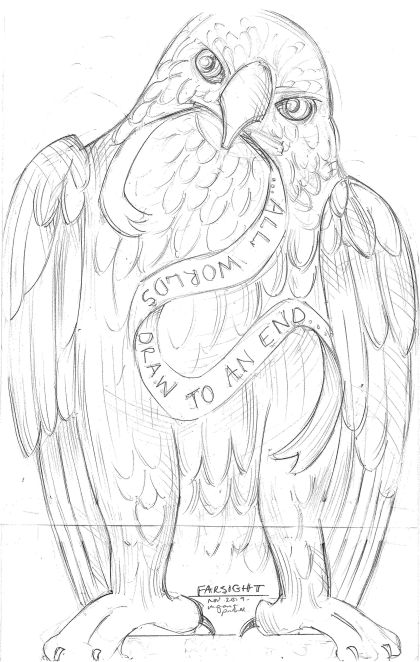 St Mary’s Church in Beverley has announced that new stone carvings on the exterior of the building will feature fourteen characters from the ever-popular children’s books, The Chronicles of Narnia by CS Lewis. The stories of Aslan, the White Witch, talking beasts and magical lands have captured the hearts and imaginations of story-lovers for generations, since their first publication in the 1950s.

“For centuries there were carvings in these spaces on the outside walls,” explains Roland Deller, Director of Development, “but over time they have weathered away completely. We don’t have any pictorial evidence to show us what was there, so have no way of reconstructing the original carvings. And so we decided to commission something new, to reflect more recent times.”

Foundation course students from East Riding College studying for a BTEC Art and Design Diploma were invited to visit the church. They studied the historic carvings around the building, learned about the practicalities of stone craftsmanship, and were then asked, as an assessed part of their course, to create their own designs inspired by stories and legends that would resonate with people today.

“The students were so enthused by the project,” says Roland Deller, “and their designs were wonderful. We were particularly struck by Mel Watkins’ drawing of Mr Tumnus the faun, and it got us thinking that we could commission a whole series of Narnia carvings inspired by this design.”

s well as Mr Tumnus, the other characters featured in the new carvings will include the White Witch, Reepicheep the mouse, Fledge the winged horse, Glenstorm the centaur, and of course Aslan the lion. The CS Lewis Company Ltd granted permission for the carvings to be based on these characters, and the highly competitive tender for carrying out of the work was won by Matthias Garn Master Mason & Partner, with the designs by Kibby Schaefer. Matthias, Kibby and their team have worked on ecclesiastical buildings across the UK to acclaim, and their workshop is now based just outside York. Matthias is also an advocate for the system of apprenticeship, training and employing the next generation of stonemasons and carvers, and he took time to visit the college students and talk to them about his craft.

Founded 900 years ago, and built over the following four centuries, St Mary’s possesses some of the finest architecture of any parish church in England. Those interested in finding out more about the church’s history and restoration project – including their regular heritage newsletters and video podcasts – can visit: stmarysbeverley.org/heritage.