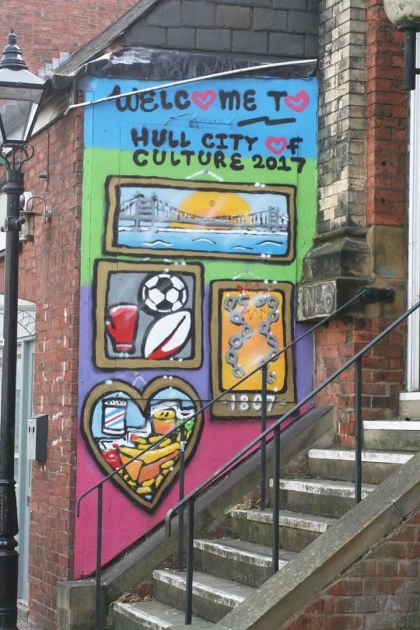 Two years on from Hull’s incredible year as the 2017 City of Culture, Dr Eleanor Wort will discuss her research into how God was at work during this exciting time in the history of the city, as well as how God relates to wider human culture on the 21st November.

When Hull was announced as the next UK City of Culture in November 2013, ecumenical group Believe in Hull were launched into action. They asked themselves how they could make the most of the City of Culture – should 2017 be seen mainly as an opportunity for evangelism, or should the churches’ involvement have other priorities?

For many estates and communities around Hull, especially in less affluent areas, it was recognised that the churches within those communities were the only organisations present, and so they should be involved with spreading the festivities within their areas. Believe in Hull recognised that, even at this point, ideas about the relationship between God and culture were emerging from the group: the importance of community, the role of evangelisation, the sense that culture (whatever that might be) was something that belonged to and should be accessible to everyone in the city, desire that the poorest people in Hull should not be forgotten.

Speaking on the inspiration for her research, Dr Wort says; “as the work for the City of Culture progressed, I saw that Hull in 2017 could be a rich environment for studying relationships between faith and culture, and what theologies of culture might emerge from the year”

“I’m really looking forward to sharing my research with the people of Hull: I interviewed 20 church leaders of all different denominations as part of my research, and I want to reflect back how they saw God at work in the city. Researching something like this is a real privilege: I got to hear how God was transforming Hull in 2017 from 20 different viewpoints, and to see the remarkable similarities in people’s stories. I’ll be sharing those stories and asking how the churches in Hull can engage with God’s mission for Hull after City of Culture”

This event takes place on the 21st November from 7:30 pm at The Annex on Cottingham Road.