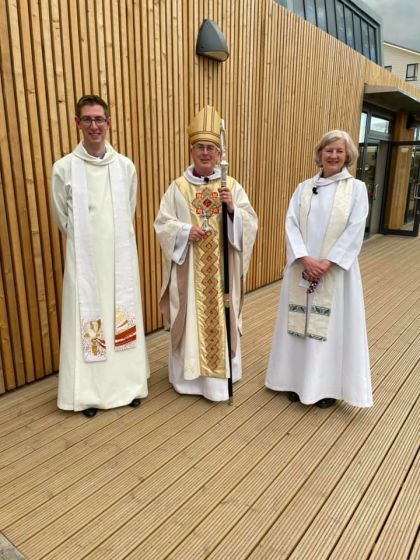 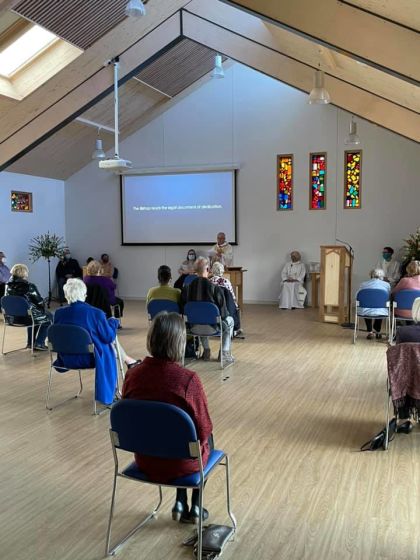 In a service over 20 years in the making, the 18th May saw the dedication of a new community building for St Hilda’s, Kirkleatham, nearly 4 years after the previous building was demolished in 2017 and over a year since the Bishop of Whitby cut the first turf.

Conducted by the Bishop of Whitby, the socially-distanced service was well attended by congregants from the community and included readings from 1 Kings 8.22-30 and John 14.8-17 whilst pictures of the construction played on a slide show at the front.

This dedication has been the culmination of a mighty fundraising effort, which included nearly £60,000 in donations as well as over £285,000 in grants. The new building has seen some setbacks in its construction, as it was originally scheduled for completion in November 2020, but was put on pause due to the COVID-19 pandemic.

Architectural designs in the new building include reflections of the setting of St Hilda’s, such as the Roseberry Topping Shape. The design is also future ready, with space to allow for further expansion over time. The new St Hilda’s will host a café, drop-in centre, social activities, healthy issues clinic, foodbank, benefits advice and signposting, parent and toddler group, youth group and charity shop, as well as facilities available for hire and for use by other local groups.

The Reverend Matt Strand, Vicar of Kirkleatham Parish, said; “Following a lot of hard work and prayers from many people in Kirkleatham Parish over the years, Tuesday evening’s dedication service was an uplifting celebration.

“I look forward to seeing the church become a place of prayer, worship, mission and blessing in our parish.”