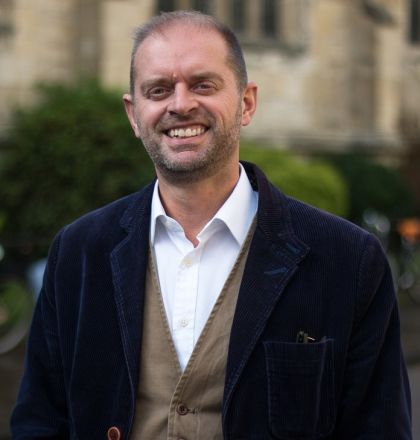 The Revd Matthew Porter, Vicar of St Michael-le-Belfrey in York, has been appointed an Honorary Chaplain to Her Majesty The Queen.

An Honorary Chaplain to The Queen is a member of the clergy who, after long and distinguished service, is appointed to an honorary role in service of the monarch. There are presently about 35 Honorary Chaplains.

As an Honorary Chaplain, Matthew will be part of the Ecclesiastical Household, which means that as well as being Vicar of St Michael-le-Belfrey he will occasionally attend royal events and preach to the royal household.

Matthew says: "In this year of The Queen’s Platinum Jubilee I am delighted and honoured to be invited into this role. I look forward to being part of the Ecclesiastical Household, alongside the other chaplains, in prayerful service of our monarch and nation."

Matthew has been ordained for over 25 years, ministering in the Dioceses of Sheffield and York. He has been Vicar of St Michael-le-Belfrey since 2010, is an author and is presently completing doctoral studies in leadership and church planting.