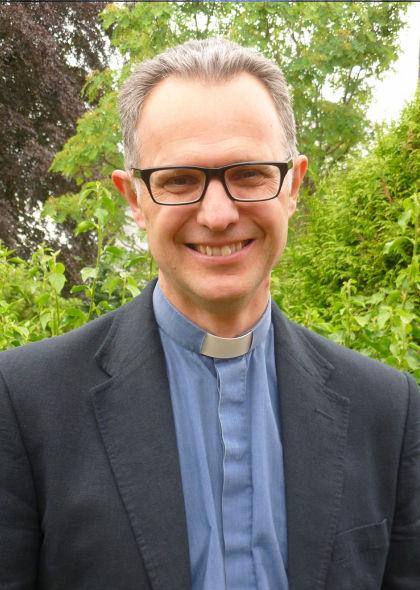 The Archbishop of York has appointed the Reverend Canon Andy Broom, Director of Mission and Ministry in the Diocese of Derby, as the new Archdeacon of the East Riding.

The Revd Canon Andy Broom said, “I’m delighted to have been invited to become Archdeacon of the East Riding and I am excited at the prospect of working in both the archdeaconry and the wider Diocese. I look forward to the opportunity of working across such a varied area as the East Riding and supporting churches as they seek to live out the love of God in their communities. The Archdeacon’s role has many elements to it but I trust that in all I do, I will be encouraging and equipping the churches as together we seek to fulfil the Diocesan vision and see God’s kingdom grow.”

The Archbishop of York, the Most Revd Dr John Sentamu said, "It is a great pleasure for me to welcome Canon Andy Broom as the new Archdeacon of the East Riding. He is a man of many gifts, and extensive experience in mission and ministry. All this, together with his practical knowledge gained from leading a major church building project, and leading teams across the Diocese of Derby, will be a blessing to us all in the Diocese of York, and in particular to the churches of the East Riding Archdeaconry.”

The Rt Revd Richard Frith, Bishop of Hull said, “Andy will make a wonderful Archdeacon, and we're fortunate that he will be bringing his energy and gifts to serve the churches in the East Riding.”

The Rt Revd Dr Alastair Redfern, Bishop of Derby said, “I am delighted that Andy has been appointed Archdeacon of the East Riding. He has made a very significant contribution to the leadership of our Diocese and we shall miss him enormously. However he is ready for a new challenge and an opportunity to further develop his gifts in the service of the Church.”

Andy was born in Norwich and grew up in a small village in South Norfolk where he came to faith through the ministry of the local church. After gaining a degree in Geography and Politics at Keele University, he was employed as a youth worker for three years before training for ordination at Trinity College, Bristol.

Having served his curacy at All Saints Wellington in Telford, Andy became Curate in Charge of St John's Walton within the parish of St Thomas Brampton in Chesterfield. He became Vicar of St John's when a new parish was created in 2000 and led the church through a major building project. He left St John's in 2009 to become Director of Mission and Ministry in Derby Diocese, where he has been responsible for creating the new Mission and Ministry Team and directing their work. Andy has also been a member of the Bishop’s Leadership Team, where he has played a significant role in encouraging churches across the Diocese to engage more meaningfully in mission.

Andy is married to Tina and they have two adult children. Andy's Collation as Archdeacon of the East Riding will take place in Beverley Minster on Monday 6th October at 7.30pm. He succeeds the Ven David Butterfield, who was appointed as Archdeacon for Generous Giving and Stewardship in the Diocese of York.