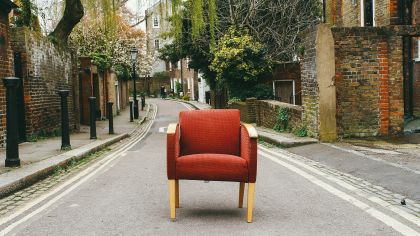 The Revd Simon Bray, Curate of Beverley (St Nicholas), has been appointed as Domestic Chaplain to the Archbishop of York.

The Revd Ali Doolan, Curate of Beverley, St Mary, has been appointed as Associate Minister of Beverley St Mary. She will be Licensed by the Bishop of Hull in St Mary’s on Sunday, 30th September 2018 at 6.30pm.

The Revd Canon John Ford, Area Dean of Stokesley; Rector of Yarm; Interim Priest in Charge of Crathorne; Kirklevington with Picton and High and Low Worsall; and Rudby in Cleveland with Middleton, has been appointed as Interim Priest-in-Charge of Whorlton with Carlton and Faceby in addition to his existing posts.

The Revd Ruth Gibbons, previously Curate of Fulford, has been appointed as Curate of of Dringhouses, York.

The Revd Linda Gillard, Curate of Marfleet, has been appointed as Curate of the Benefice of Kingston Upon Hull, St Alban.

The Archbishop has appointed Mr John Hattam to the Chapter of York Minster for a period of three years from 4 September 2018.

The Revd Alison Hutchinson, self-supporting Curate of Whorlton with Carlton and Faceby and Chaplain to HMP Kirklevington Grange, has been appointed as selfsupporting Interim Assistant Curate of Crathorne; Kirklevington with Picton and High and Low Worsall; and Rudby in Cleveland in addition to her existing posts.

The Revd Melanie King, Curate of Brompton with Deighton; and Rounton (West & East with Welbury), resigned with effect from 8th July 2018.

The Archbishop has appointed the Revd John Lee, Rector of York St Paul, Holgate Road, to be Area Dean of York for a period of five years in succession to the Revd Terence McDonough who held the position since 2012.

The Revd John Lee, Rector of the Benefice of York, St Paul and Area Dean of York, has been appointed additionally as Priest-in-Charge of York, St Barnabas. He will be licensed by the Archbishop in the Parish Church of St Barnabas, York at 7.30pm on Friday, 14th September 2018.

The Revd Dr Robert Opala, Assistant Curate of Crathorne; Kirklevington with Picton and High and Low Worsall; and Rudby in Cleveland, has been appointed as Interim Assistant Curate of Whorlton with Carlton and Faceby in addition to his existing post.

The Revd Eric Robinson, Curate of York Holy Trinity, Micklegate, has been reappointed until 21 February 2019.

The Revd Dr Rowan Williams, Anglican Chaplain to the University of York, has resigned to be Canon Precentor at Peterborough Cathedral with effect from 16th September 2018.

The Archbishop has appointed the Revd Christopher Wingfield, Rector of Harton, to be Area Dean of Southern Ryedale for a period of five years in succession to the Revd Rachel Hirst who had held the position since 2015. He will be Commissioned by the Bishop of Selby at 7.00pm on Wednesday, 26th September 2018 in Gate Helmsley Village Hall.

It is with regret that we record the death on the 29th August at the age of 86 of the Revd Canon Michael Long, Canon Emeritus of York whose lengthy ministry took him to Whitby, Cottingham, Elloughton, Brantingham, Flamborough, York St Luke and later St Clement, Derringham Bank and Cayton with Eastfield, as well as spells in the Dioceses of Coventry, Lincoln, Norwich and Sheffield .

We regret also to record the death on the 13th July of Canon Bryan Sandford CBE, who had been a Reader since 1970 and at various times served as a member of the Church of England's Central Board of Finance and the York Diocesan Board of Finance, latterly as Chair of York DBF.

We hope to publish obituaries for both gentlemen in due course.